One of the big names in the software industry, Adobe posted record numbers with regards to their revenue in 2020. According to data presented by Trading Platforms, Adobe System nearly tripled its annual revenue in the last 7 years, reaching $13B in 2020.

Adobe was founded in 1992 and started primarily as a provider of multimedia and creative software. Adobe first became a household name with the pioneering Adobe Flash. It is also the maker of popular image editing software, Photoshop as well as the popular portable file format PDF.

Fuelled by a strong research and development department, the company has also kept innovating, recently entering the cloud market with its flagship products being the Adobe Creative Cloud and Document Cloud. Considered as one of the pioneers among the more modern software providers, Adobe’s credibility allowed them to amass over 10 million subscribers to their Creative Cloud system to date.

In the 2020 fiscal year, Adobe posted a company record $12.87B in revenue. This is a 15% increase from the 2019 fiscal year revenue numbers and over one billion dollars more. Furthermore, 2020’s record is almost triple the revenue made in 2013 which was just over $4B.

Adobe has managed to remain a mainstay of the software industry by investing heavily in its research and development (R&D) department, allowing it to innovate whenever the industry called for it. In 2020 Adobe spent $2.19B on R&D compared to $863M in 2015 – an increase of over 150%.

You can read more about the story with more statistics and information at: https://tradingplatforms.com/adobe-systems-triples-annual-revenue-in-7-years-net-profit-up-78-from-2019/ 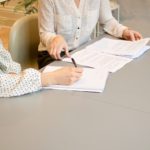