Since Spotify was founded in 2006, it has become the leading music streaming platform in the US. Spotify is enjoyed by all ages, with entertainment in the form of music, podcasts, etc available for many age groups. Having said that, the platform’s significant popularity with the younger generations is evident in Spotify’s customer demographics. According to data presented by Trading Platforms 48% of Spotify customer’s in the US are between the ages of 18 and 29.

Table of Contents show
Spotify – Music Giant with Swedish Roots
Spotify Is Most Used Digital Music Provider In US, 1 In 4 Customers Are Frequent Listeners
Almost Half Of Spotify’s Customers In The US Are Between 18 And 29

Spotify originated in Sweden and still has its global headquarters in Stockholm, with its corporate headquarters based in New York City. The music streaming provider is offered as a freemium service, with basic features available for free, while additional, more premium features made available via paid-subscriptions. A little less than 15 years after it was founded, Spotify now boasts over 60 million songs, from record labels and media companies. As well as a plethora of podcasts and other forms of content.

Spotify Is Most Used Digital Music Provider In US, 1 In 4 Customers Are Frequent Listeners

In a survey in April 2020, 40% of respondents indicated that they purchased music downloads or streaming services from Spotify in the Last 12 months., – the highest rate out of the leading music brands in the US. Despite strong competition from Amazon and Apple, Spotify still remains the most popular music provider in the US fuelled by a loyal and active customer base. The same survey shows that 1 in 4 Spotify customers consider themselves “frequent listeners.”

You can read more about the story with more statistics and information at: https://tradingplatforms.com/almost-50-of-spotify-customers-in-the-us-are-between-the-ages-of-18-and-29/ 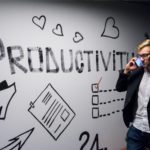 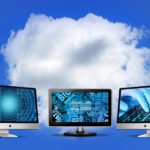 Table of Contents show
Spotify – Music Giant with Swedish Roots
Spotify Is Most Used Digital Music Provider In US, 1 In 4 Customers Are Frequent Listeners
Almost Half Of Spotify’s Customers In The US Are Between 18 And 29