Sporting behemoth Nike continues to grow its influence as its brand value continues to increase by the billions. It’s dominance over its main competitor Adidas, is clear especially in the North American region where Nike generates 43% of its total revenue. According to data presented by Safe Betting Sites, Nike’s brand value increased by 151% in 10 years, increasing for the fifth year in a row to $34.4B.

Table of Contents show
Nike One of the Most Valuable Brands, Sees 151% Growth in 10 Years
Nike Dominates North America while Asia-Pacific is Adidas Territory

Nike One of the Most Valuable Brands, Sees 151% Growth in 10 Years

In the first half of 2020, Nike recorded over 43% of its revenue from North America which totalled $14.5B the largest out of their distribution regions. The second-largest region for Nike was Europe, the Middle East, and Africa with revenues that amounted to around $9.35B. Greater China alone was their third largest region with revenue of close to $6.7B. Its smallest source of revenue is the Asia Pacific & Latin American region where Nike recorded revenue of $5B.

Adidas meanwhile only received 24% of their revenue from North America compared to 34% from Asia-Pacific. Revenue from the Asia Pacific region amounted to almost $2.8B in the 1st half of 2020 which is the largest out of all their operating regions. Its next largest source of revenue is Europe with almost $2.3B or 28% of their total revenue. Revenue from North America is only Adidas’ third-largest source of revenue with almost $2B in the first half of 2020. 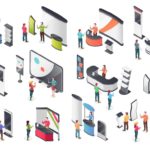 Table of Contents show
Nike One of the Most Valuable Brands, Sees 151% Growth in 10 Years
Nike Dominates North America while Asia-Pacific is Adidas Territory