According to the research data analyzed and published by Sijoitusrahastot, the recently launched Samsung Galaxy S21 series could outperform 2020’s Galaxy S20. However, it may fall short of 2019’s Galaxy S10, with 30% fewer shipments over four quarters.

Samsung’s Semiconductor Business Projected to Grow by 20% in 2021

Over the past two years, the gap between iPhone and Galaxy launches has narrowed. In 2020, iPhone 12 launched much later than expected. Samsung, on the other hand, has accelerated its 2021 launch resulting in a 12-week gap between the two. This is expected to negatively impact its sales performance, particularly in key markets.

The iPhone 12 is currently dominating the shelf and online space, as well as promotions in major markets like the US. Moreover, post-holiday flagship sales make Samsung’s timing less than ideal. Competition is another factor likely to affect the company’s performance. While the S10 had to compete with 48 premium devices priced at $800 and above, the S21 has to compete with 65.

Moreover, Samsung’s operating profit for Q4 2020 was around 500 million won lower than Bloomberg analyst estimates. The company had estimated that its sales results in Q4 2020 would be lower than in Q3 2020 due to tough competition and low memory chip demand.

The full story, statistics and information can be found here: https://sijoitusrahastot.org/samsung-galaxy-s21-shipments-to-be-30-lower-than-2019s-s10/ 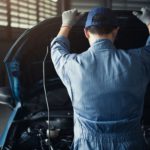