The average UK household owns things worth £35,000, according to the Association of British Insurers (ABI). The value of possessions owned by all UK households totals nearly £1 trillion. Despite this, 25 percent of Brits don’t have this coverage. What is the hesitancy all about?

Mobile-first insurer Getsafe conducted a survey amongst 2.069 British people to better understand the nation’s attitudes towards contents insurance. While some of the results were as expected, there were some surprises – and drastic differences based on age.

Table of Contents show
Less than the cost of a pint of beer
Underlying misconceptions?
Tackling the insurance age gap
Not having contents insurance is an unnecessary risk

Less than the cost of a pint of beer

One of the most striking results of the survey was that 33 percent of respondents cited contents insurance as being too expensive. This leaves possessions worth over £266 billion unprotected and at risk. Londoners and Scots are even more stingy (36%). The West Midlands are the most price-sensitive: 59% cite contents insurance as being too expensive.

The reason this misconception exists may be due to a lack of understanding. And the results of the Getsafe survey reflect this.

Additionally, there appears to be a generational divide with regards to understanding contents insurance. Only 11 percent of 18 to 25 year olds said they had a good understanding of what’s covered by contents insurance, compared to 61 percent of those over 55 years of age. This suggests that insurance plays a greater role in the lives of older generations – even if coverage offers equally important benefits to young people.

Not having contents insurance is an unnecessary risk

“Many people seem to misjudge the value of the items they own. But with the number of technological gadgets increasing, it can be easy to under-estimate the worth of your possessions. The survey highlights how much many Brits would stand to lose should their possessions be stolen or damaged by a risk outside of their control.”

One tip from Christian Wiens: “Make sure to review the value of your possessions once in a while to ensure that you are adequately covered.” 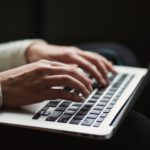 Table of Contents show
Less than the cost of a pint of beer
Underlying misconceptions?
Tackling the insurance age gap
Not having contents insurance is an unnecessary risk