Last year, 46,211 new pure electric vehicles from Volkswagen were registered in Germany, compared to just 16,698 Teslas. Internationally it is also becoming clear that the Wolfsburg company takes electromobility seriously, and may soon topple Tesla from its throne. Despite this, Tesla’s stock market value has risen explosively recently. This is shown in a new infographic from “Block-Builders.net“.

A comparison across all drive types clearly demonstrates that Tesla is nowhere near Volkswagen’s size. Last year, the DAX-listed company put 5.32 million Volkswagen brand cars on the roads worldwide, while Tesla only sold around 500,000. Yet Tesla is now worth €600.47 billion on the stock market, while Volkswagen is worth a mere €83.9 billion.

Tesla is currently still the world’s number one in terms of sales figures for all-electric vehicles. This could however soon be a relic of the past. As the infographic shows, Volkswagen may be able to sell as many electric vehicles as Tesla by 2025. Market researchers also expect German carmakers’ global market share in e-mobility to rise from 18% today to 29% by 2024. BMW, Daimler & Co. are also putting the pedal to the metal in the race towards electromobility.

“Tesla shares gained about 605% last year,” explains Block-Builders analyst Raphael Lulay. “By contrast, Volkswagen’s gains amount to just under 11%. In light of this disparity, the scale of Tesla’s valuation is particularly questionable.” 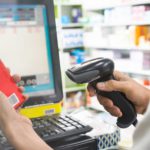