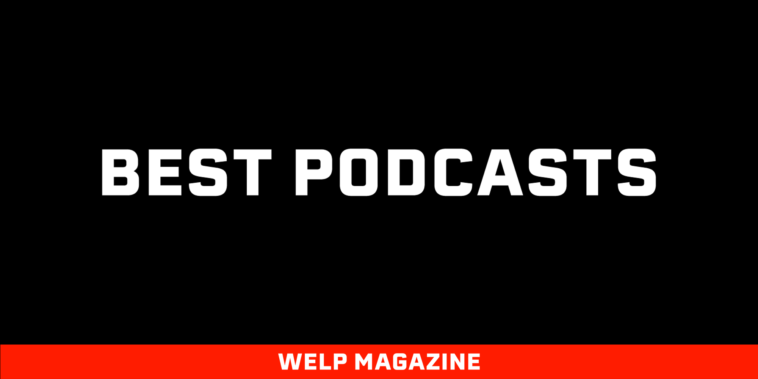 Go For Production with Brandon Riley: A Filmmaking Podcast

Film production veteran Brandon Riley does a deep dive with film industry leaders in the production sphere that work in Film, Television and Online Productions. Brandon’s conversations focus on strategies, systems, technology, and overall best practices in creating media in the world of indie filmmaking and film production. Proud Member of the IFH Podcast Network (www.ifhpodcastnetwork.com)

Filmmaking Footnote: The Podcast for Filmmakers and Film Production

In each episode, Producer Michael Hall dives into filmmaking and production terminology to help you understand how best to apply to your project. He also shares tips and tricks so you can be ahead of the curve to help make your project the best it can be. In each episode. Michael explores why having a good filmmaking vocabulary can help you make your filmmaking dreams come true. As Robert Kiyosaki said, “In school, lawyers learn the vocabulary of law, medical doctors learn the vocabulary of medicine, and teachers learn the vocabulary of education… Change your vocabulary. Change your life.” A good vocabulary enriches your life and supports you in moving forward with your dreams. Thoughts become words. Words become actions. Actions become patterns. Patterns become you. Because words are a pivot point between thoughts and actions, the words that you use can have a surprisingly profound impact on making your dreams a reality.

me and my friends made a music video for kanye west’s cant tell me nothing. so, yeah.

Do you know what people who succeed and people who fail have in common? Goals. Everyone has goals that they want to achieve. And we like to think we’re working towards them. But what separates those who achieve their goals from those who don’t? Habits. You may already be familiar with this line of thinking; it’s infiltrated the zeitgeist lately, largely as a result of James Clear’s worldwide best selling book Atomic Habits: Tiny Changes, Remarkable Results. The book suggests that focusing on the small changes you can make to daily habits is far more powerful than having big goals. This week

Not What You Expected: A Film 100 Production

UKFast video production department, an icon of innovation in the internet industry, brings cutting edge video content for your online platforms. Inform, update, train, promote, educate and above all entertain with the power of film from UKFast.

Film Industry Pro: Film Crew | Breaking Into The industry | Filmmaking | Behind The Scenes | How to Find Work In Film & TV | Film Production Tips

Making It In The Industry – Entertaining Interviews With Top Film & TV Pros, ranging from pre-production right the way through to post production, sharing their awesome stories on shoots they’ve done, and sharing their knowledge, tips and resources, with actionable advice that you can use TODAY, to become a success in the Film & TV industry………………………….. We talk about the shoots they’ve worked on, equipment & software they use, how much to charge, How to network, what they would do if they had to start all over again, resources and gadgets they couldn’t live without, and tonnes more……………………….. We all have struggles from time to time in the Film and TV industry, and it’s nice to have help from others when we need it, whether that’s just moral support or passing on work, which wouldn’t be possible without networking and learning from others. So I decided to start this podcast to help others gain the confidence they need and pickup real advice that they can use to fast track their careers, and the best part about it, is that all of my guests are willing to share their trade secrets and contact details so that you can start networking with them and through them. I genuinely hope every listener gets real value from this so they can take real action!…………………. for more info, resources and a free book on how to setup yourself up as a freelancer then Head on over to www.FilmIndustryPro.com

We Talk About Everything

Just a casual talk about film, Pre and post production

Level 1 provides a broad introduction to film, video and sound production. Students encounter many practical techniques including pre-production, storyboarding, script development, HD camera work, lighting, film grammar, narrative conventions, genre, non linear editing, visual effects, sound recording and design, motion graphics and professional and contextual studies. Alongside the learning of these technical skills they start to develop conceptual and creative thinking. They follow the whole process from short script to storyboard to screen, along the way honing key skills and knowledge. An exploration of the relationship and integration of sound design with the moving image is undertaken and key themes in a number of forms and genres identified.