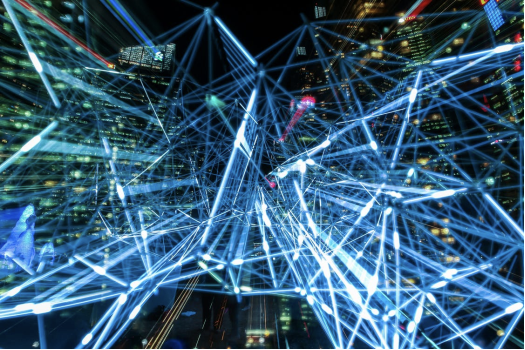 November 3rd, 2020. The Internet is one of the industries that felt the pandemic’s effect in full-force, as it had to withstand the sudden surge of users to the online space. That said, alongside the difficulties it posed, the unforeseen circumstances have simultaneously paved the way for increased network security, accelerated IoT adaptability in supply chains, as well as significantly pushed cloud adoption across a multitude of sectors.

Vincentas Grinius, CEO at IPXO, and Žilvinas Vaičkus, Head of Infrastructure at IPXO, have elaborated on these prospects and how they will continue to shape the industry.

The pandemic brought along a staggering wave of cyber threats: spikes in e-mail and phishing scams, a 400 percent jump in RDP (remote desktop protocol) attacks, personal account hacking, and re-selling via the dark web, and others. While this undoubtedly raised a lot of red-flags as to how novel threats could be mitigated, it also exposed gaps that were previously overlooked or simply deemed non-priority. This called market players to fortify their security measures, as well as patch up old frailties, for a well-rounded cyber resilience.

“The growing intensity of malware attacks quickly exposed all of the underlying security gaps that have been previously neglected. This was a wake-up call for many, showing that cybersecurity is not one of the things you can compromise on,” said V. Grinius. “We’ve noticed the surge of attacks too but they were halted in their tracks, as we continuously enhance our safeguards. Now, with more companies re-evaluating and upgrading their security, the network went through sort of a patch-up, which will also help to navigate through the risk landscape going further.”

Ž. Vaičkus noted the situation paved the way for embedding cybersecurity knowledge into the company culture, which will help uphold higher security standard hereafter. “It has become an ‘all hands on deck’ situation, showing that cybersecurity is not exclusively dependent on chief information security officers, rather the entire team. Especially when the majority of it is working remotely,” said Mr Vaičkus.

“At-home systems usually have fewer security layers, which makes it easier for hackers to breach the company’s network. However, if employees are aware of the most common scams, they usually think twice before opening any documents from suspicious senders, which significantly minimizes external risks to the network.”

In April, disturbances across the global trade supply chains were a clear indication that the world was still trying to understand the true extent of the pandemic and how to adapt to continue business as usual. With factories idle and the majority of the workforce in lockdowns, minimizing the need for human capital to maintain operations encouraged to step on the gas in terms of IoT integrations. With near real-time asset management, increased efficiency, and enhanced employee safety, IoT could be key for retailers to succeed in the post-pandemic world.

“Over the past few months the pandemic accelerated IoT integration by at least a year’s worth of progress,” said V. Grinius. “Looking ahead, the flexibility and efficiency smart supply chains offer will help guarantee a higher-level of reliability and enable to better withstand market volatility, as well as keep employees safe till it all dials down. Without the circumstantial push, we would not have seen such a rapid transformation process.”

Cloud computing emerged as one of the few lifelines for struggling businesses: some experts say it saved half of the vendors from complete collapse. It enabled office workers, heavily-reliant on remote system access and video conferencing, to continue work from home. Retailers, on the other hand, used the technology to deal with the e-commerce boom, as customers turned their heads to online shopping. Even the healthcare sector embraced cloud solutions to better protectpatient data.

“Cloud adoption was already on the rise before COVID-19 hit – but this certainly gave it an extra push,” noted Ž. Vaičkus. “More importantly, the benefits were recognized across a multitude of different industries, which may not have had cloud integrations in their checklist any time soon. The widespread adoption of cloud will not only help mitigate some of the pandemic pressures but will also fuel faster advancement later on, which is crucial for everyone aiming to thrive post-COVID.”

IPXO, formerly known as Heficed’s IP Address Market, is an IP resource management platform, which enables to monetize unused IP addresses via lease. Reportedly having outgrown its current position as part of Heficed’s framework, it will continue to grow and improve as a separate business entity, with the full switch predicted at the beginning of 2021. IPXO will be equipped with advanced features such as reputation monitoring, delegated RPKI, WHOIS, Geo object management, BGP announcement control, and open API. More information: www.ipxo.com 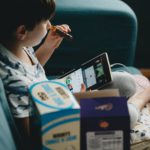 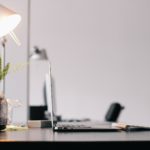