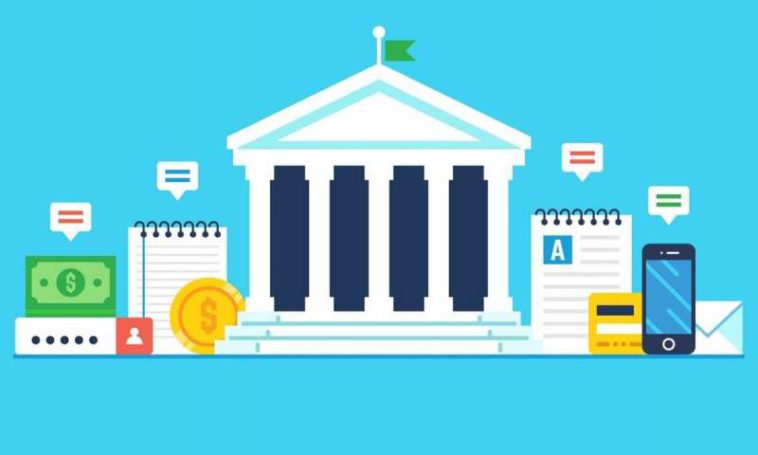 When it comes to government, there are perhaps no jokes that are more common than those to do with efficiency. And while some of those jokes may be unfair or exaggerated, when it comes to government technology there is definitely some room for improvement. Obsolete legacy IT systems currently pervade much of the government, rendering a lot of data inaccessible, and of the $89 billion in government technology spending planned for fiscal year 2017, over 70% is set to be spent on operating and maintaining existing IT systems.

Clearly a change is needed, and the best way forward is to replace legacy systems with new, more efficient technology. Many government agencies are already doing this, following the lead of many top businesses by adopting platforms that utilize cloud technology, specifically CRM (customer relationship management) systems.

A CRM system makes it easy for employees to access important information about both current and potential customers, and to share that information with each other to improve the quality of their service. Some examples of this functionality and the quality gains it promotes are as follows:

In addition to the above benefits, using CRM platforms for government offices offers the following advantages:

Some of the CRM providers that are likeliest to work for government agencies are as follows:

With 31% of businesses running their operations on Salesforce, including the majority of America’s top companies, it’s one of the easiest systems to implement and manage. The government edition of this software is known as Salesforce Government Edition and the salesforce.com page describing it can be found here. To use the salesforce.com page, simply enter your email address along with your username and password to access the demo.

Salesforce has recently announced a new phone-based research tool called Salesforce Dialer, which allows Salesforce users to connect with potential leads right over the phone. Their other main feature for the next 12 months is new collaboration tools for groups and private spaces, including casual lists and events. From the product page on their site for this feature, users can reserve a time for a demo of the Collaboration Cloud, the full capabilities of which are available for free.

Salesforce is available on a monthly subscription plan, but there is also a government edition available, which offers a 30% discount for a limited time. While there is no official announcement of how much longer that offer will be running, it is likely running through at least the end of 2016.

Asana is another CRM platform that is a favorite of many businesses and teams. While it may sound similar to sites like Trello or Asap, it has in fact come far beyond those options and grown to be a leading choice for many companies, especially ones that need to manage multiple projects, teams, and teams that span multiple units of government. It features a number of features that will appeal directly to the needs of government employees.

For instance, Asana offers the ability to customize views, access to project summaries, importing of email lists, to-do lists, powerful productivity tracking, and more. It also offers mobile apps for iPhone and Android devices. While it does not come with a free version, it is available on a number of billing plans, including Pay as you go, $9 per user per month, $25 per user per month, and $45 per user per month.

Asana is currently available as a single-user free version, which provides basic features. The full version allows for unlimited users, with price depending on the level of features that will be used.

Microsoft’s Visual Studio Team Services, or VSTS, is the most powerful CRM system on the market. It provides an advanced set of features and a growing number of integrations and plug-ins. It can be used to monitor employee performance, deliver higher quality service, reduce costs, and much more. There is no free version, but there are some features available for free or at a greatly reduced rate.

In total, the VSTS system is used by more than 83,000 companies around the world, and has been used to support more than 50 billion changes since its inception. Included in the free plan are unlimited private projects and up to 5 users. The paid plan adds up to 10 users, unlimited projects, and a number of other features.

Pros and Cons of VSTS:

Facebook has a number of tools for business that can be used as CRM systems for government. While the most well-known of these is the Business Manager, Facebook is also likely to add a CRM-like system called Customer Data Platform (CDP), which will offer similar features to those of a CRM system. In addition, the company has implemented several features that make it easier to manage communications with customers, such as the ability to search by topic or hashtags using its search tools. While Facebook is not a widely used CRM system for businesses today, it will certainly become one as it develops further.

All of this being said, Facebook does have at least two major obstacles standing in the way of FB becoming a leading CRM system in government. First, the company’s applications are all private-use-only, meaning that no third party systems can utilize them if they are not owned and controlled by the government agency itself. Second, Facebook is still dealing with controversies surrounding data privacy. It is unclear whether these issues will be resolved in the near future, and whether the company will be able to maintain a level of trust among a public that is deeply concerned with what is being done to their data.

Table of Contents show
Benefits of a CRM System
Highlights of Microsoft’s Cloud Solution
Why use the Public Cloud Solution?
Conclusion

Benefits of a CRM System

There are a number of ways in which a CRM system can provide benefits for any business, government agency, organization, or team. Most notably, the following are the main benefits of CRM for government:

As previously mentioned, it is easy to set up a CRM system. It is much easier than a lot of other types of technology, and most CRM platforms are self-service, meaning that government workers can not only set up a system quickly but also handle most of its maintenance themselves. This helps cut down on costs, especially for agencies with limited budgets, and it can directly result in better, stronger customer service.

For instance, an agency will be able to quickly see calls made to employees and other employees who fielded those calls, allowing for easy and immediate access to the party that dealt with a problem. This leads to improved customer feelings and can also increase demand for a service or product. This leads to mass benefits for government agencies, including things like increased tax revenue, less time wasted on service, and fewer lawsuits filed.

In addition, CRM systems allow the organization to store large amounts of data in one place, and the data can be accessed easily and in a variety of ways by anyone with access rights to do so. This means that everyone in the organization can have access to all of the data they need to make the best decisions possible, in close to real-time.

Using a CRM system can also help government workers understand the needs of the customers better. It allows them to drill down into the data, see which customers are already happy with the organization and which need additional help, and take appropriate action in both cases. In simple terms, it provides detailed visibility into their customers, and this can help government workers to develop strategies that will result in higher customer satisfaction, more sales, and more effective delivery of public services, to name just a few benefits.

Microsoft wants government agencies to continue using on-premise solutions where possible, not only because that is where most of the business has been thus far, but also because on-premise solutions are best-suited for certain applications. In addition, it is also in the company’s best interest to continue to support its on-premise offerings, as many organizations have built their entire business around them. However, the company has realized that some agencies don’t have the budgets or large enough databases to keep their on-premise solution up-to-date, which is a major concern and a concern that Microsoft also wants to address.

This is why the company has developed a hybrid solution. The Public Cloud Solution allows agencies to use on-premise solutions where it makes sense to do so, but to also have access to the newest and best cloud technologies when it makes sense for them. The solution is accessed through Microsoft’s Azure Government suite of services, which is controlled by government and only suitable for agencies that can take advantage of cloud technologies. The cost is also reduced over using on-premise technologies, and the system has built-in best practices that remain consistent, despite the different systems being used by agencies.

Why use the Public Cloud Solution?

The Public Cloud Solution is designed to maximize the benefits of cloud computing where it makes economic sense, while still permitting agencies to use on-premise solutions when they make sense. Reportedly, it will also increase security and will be more cost-effective for agencies, making it easier for them to focus on more important things.

The solution will be first built for a small group of agencies, and then it will be rolled out to more and more over time. It will allow agencies to run applications or programs in Azure Government, or to keep their own on-premise systems going. It is a flexible solution that can be fit to the needs of any agency that wants to use it.

CRM has become very popular in recent years, particularly in the private sector. However, it is also becoming more popular in the public sector. By building a government-approved solution using cloud technologies, and by reducing the cost, Microsoft is attempting to grab a piece of this market. The solution will reportedly be rolled out in the coming year, and it will be interesting to see what sort of impact it will have on the government environment. 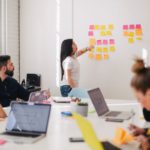 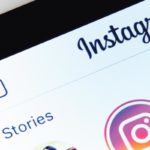 Table of Contents show
Benefits of a CRM System
Highlights of Microsoft’s Cloud Solution
Why use the Public Cloud Solution?
Conclusion