While the pandemic has devastated countless businesses, it has provided a major boon for eCommerce platform Shopify.

Shopify’s stock rallied by 169.9% in 2020 compared to the industry’s 26.6% growth. As of mid-December 2020, according to the research data analyzed and published by Finnish site Sijoitusrahastot, it had a 90 RS rating, which means that it had outperformed 90% of stocks during the year.

During the Black Friday Cyber Monday weekend, merchants on the Shopify platform sold goods worth $5.1 billion. Compared to 2019, this marked a 76% uptick and set a new record. Comparatively, independent businesses on Amazon sold goods worth $4.8 billion. The number of buyers on Shopify increased by 50% year-over-year (YoY) to 44 million during that weekend.

The full story, statistics and information can be found here: https://sijoitusrahastot.org/analysts-predict-1137-earnings-per-share-growth-for-shopifys-full-year-2020/ 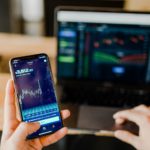 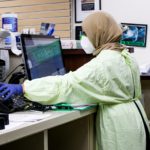