Even as the biggest of the big businesses cast an ominous shadow, small businesses continue to represent the spirit of the American economy. For those who aren’t satisfied with a solid job and a house in the suburbs, entrepreneurship is the highest realization of the American dream. But making the dream a reality isn’t easy—it’s fraught with hazards, challenges, and mistakes that can prove deadly to a new business. Here are three of the most common mistakes new businesses make and how you can avoid them.

Going In Without a Plan

One of America’s greatest contributions to the world is jazz music—an exposition of creativity and improvisation that features musicians’ ability to make up music as they go along. Business, however, is not jazz. While there will always be unforeseen circumstances and changes to adapt to, you mustn’t simply ad-lib your way through the first year of a new enterprise. Don’t open for business without comprehensive business and marketing plans that lay out exactly what you intend for your trajectories for sales and advertising to be. Will you have to, at some point, deviate from your plans? Almost certainly. We’ve all taken Robert Burns’s line about mice and men to heart. But it’s better to deviate from the plan than to have none at all.

Going Last Instead of First

Entertainment enthusiasts should be familiar with Hollywood’s penchant for “creative accounting,” whereby profits and losses on paper don’t seem to reflect reality. As you learn more about generally accepted accounting principles, you’ll find that your own accounting can be creative, as well—at a price. When managing inventory, last-in-first-out management allows you to record your most recently arriving inventory as the most recent to be sold. As inventory costs vacillate, LIFO can paint a prettier picture. But LIFO is not an accepted principle anywhere but the United States. In the rest of the world, only the first-in-first-out approach—where accountants record the oldest inventory as selling first—is acceptable. There’s the option for this in the U.S., but when it comes to attracting investors and loans, the honesty of FIFO pays off in the end.

Not Putting Everything in Writing

It would be nice to believe you could seal every deal with a handshake. Even in instances where you feel you can trust a business partner on an oral agreement alone, never miss the opportunity to have a signed written agreement on hand. In businesses where your co-founders are close friends or relatives, such attention may seem superfluous and overly officious, but failing to have extensive written documentation is one of the most common mistakes new businesses make. As emotionally taxing as it may seem to be this thorough, the consequences of not doing so are far worse. 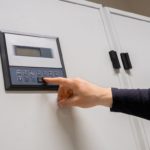 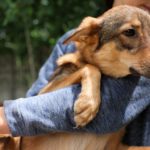