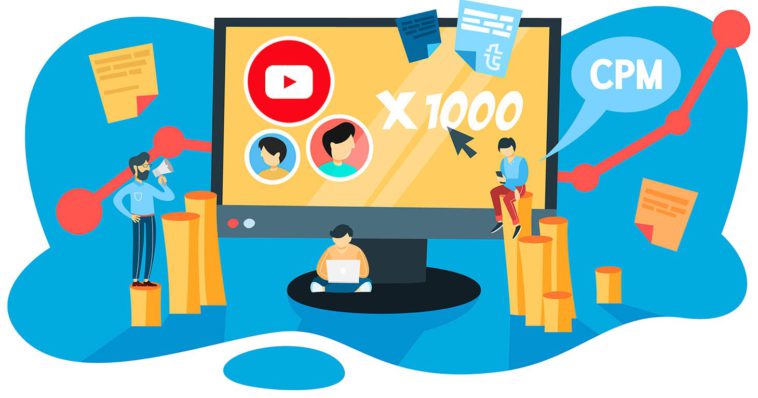 The Competitive Profile Matrix (CPM) is a tool that compares the firm and its rivals and reveals their relative strengths and weaknesses. In order to better understand the external environment and the competition in a particular industry, firms often use CPM.

Table of Contents show
What is the CPM Matrix?
Why the CPM Matrix is Used
Four Types of Competitiveness
Advantages and Disadvantages
The CPM of Dell Computers

What is the CPM Matrix?

The CPM matrix is a grid that matches each competitor with the primary business strength, or competitive profile, which each competitor brings to the industry. When the products and strengths are matched into a two-by-two matrix, they reveal the industry structure.

The CPM matrix emphasizes that the size of a firm and its competitors determines their product market strategies and their relative strengths in the market. Market power is determined by a combination of relevant resources, access to distribution channels, and the availability of substitutes.

Why the CPM Matrix is Used

The CPM is used in order to analyze competition. This analysis emphasizes a firm’s relative strengths based on the size of the firm and its two biggest competitors. This specific information is used to develop a strategy for accomplishing organization objectives.

Four steps are involved in the development of a CPM matrix:

The CPM gives way to four distinct types of competitiveness:

The CPM matrix is very effective in isolation. The use of the matrix, however, should be appropriately matched to a firm’s business environment. This is possible if the CPM is used to assess a firm’s position in relation to the competitive strengths of its rivals on a relative scale.

The CPM has several advantages. First, it can generate alternative strategic positions through which the organization can compete. Second, it is beneficial because it creates a visual illustration of how the firm and its competitors can compete. Third, the CPM has a specific format that allows for a clear interpretation, easy assimilation, and understanding.

Second, the CPM is very vague about the degree of correlation between strategy and environment. This is an extremely important aspect of the growth of the organization. Third, the CPM describes the firm’s strategy but does not dictate its choice of strategy. Without an understanding of the relationship between strategy and competencies, the firm is at best left with a strategic tool that is generic in design. Finally, the CPM’s value can easily be undermined by the plethora of weak competitors that exist in the market.

The CPM of Dell Computers

Dell was created by Michael Dell to produce computers and sell them directly to the end-user. Michael Dell wanted to take advantage of the business model that IBM Corporation had used in successfully representing their products to the end-user. Larger computer companies were not interested in this kind of arrangement, so Michael Dell went ahead with it alone, with some partners.

Dell is a member of the technological product industry. Its production and distribution are done through the Internet. Dell has had consistent growth since its inception in 1984. This is a result of its innovative strategy and lack of direct competition.

The CPM matrix can be used to determine Dell’s position in the industry. Each company involved in the technological product industry will be scored based on their strengths and weaknesses. Dell’s scores are:

Dell is a strong competitor in its industry. It is well positioned in the market because it has available, complimenting sources to help it stay competitive and succeed. Dell’s competitors include:

Distribution tasks are very useful in positioning the successful firms in the CPM matrix – particularly distribution tasks with the OEM ship. The OEM relationships give Dell access to well-established channels of distribution. This makes Dell more influential in the industry. Dell’s direct sales force is another distribution task that has contributed to its success. This way it has created a strong distribution base and has the ability to ship on demand which saves the customer time and money and makes Dell the efficient and safe choice.

Benefits to Dell’s customers include:

Many weaknesses in Dell’s processes and systems have been identified over the years. The biggest area of concern is their customer service. Customers are let down because Dell is consistently providing a less-than-satisfactory customer service experience. Dell has been late with orders, and provides intermittent communication with customers that is not necessarily to their liking. Most will find the communication process a bit nerve-wracking and uncomfortable.

Dell’s success is based on its agile organizational style. It has been able to strategically make decisions on supply chain and product development, which it has been bought around very quickly with changes in the industry. Aggressive implementation of information technology has been a key strategic goal for Dell. The quick action along with changes in the industry has been a great factor in Dell’s ability to survive and become “the market leader. This has contributed to Dell’s ability to speak with customers in a clear and efficient fashion. Communication has been very easy, as Dell has invested in a “customer-friendly system” to allow for quick communication and interaction with customers. This makes Dell the leader in the industry.

Dell has been known for its ability to adapt to the needs of its customers. Dell’s goal is to deliver customer satisfaction, and it is known to be the most successful firm in the industry. It has benefited from competition that is currently or recently has been in the computer industry. Dell has adapted to the changing technology by keeping its customers in mind. Dell has listened to them and kept changes in their products at a minimum. This has made Dell outstanding. There is also a perceived value in Dell’s customer service, and Dell has shown its clients consistent concern. Dell also strives for continuous improvement in all of its processes.

Dell has benefited from the quality of its workforce and the commitment that the people working at Dell have. Dell has always focused on improving its system, and always had a plan to implement new policy. The Dell workforce is extremely adaptable and innovative. Dell does this in a variety of ways, including training and pay increase, which has resulted in enthusiastic employees and managers who go above and beyond to make customers satisfied, and enhance their services.

There are several weaknesses of Dell, including:

Dell has many strengths that have contributed to its ability to keep a high market share:

Dell’s strength in direct sales leaves it vulnerable to competitors with superior distribution channels Like IBM, HP, Compaq (all competitive and in the same industry).

Dell has been known for its innovative thinking. It received the first prize for best IT company in the world. Dell is known for its excellent products and services. It is a market leader in its industry, with success using its approach to customers. Dell’s strategy is to maintain its competitive advantage through its service, which is known to be the industry standard. Dell has been able to survive and thrive in the face of a declining market. Dell has moved beyond a commoditization of its industry. Dell’s strategy has also allowed for efficiencies that other companies in the industry have not been able to replicate. Dell was able to stay ahead of its competitors. Through the implementation of technology, Dell has been successful at keeping a competitive advantage. This success has allowed Dell to maintain its aggressive growth rate.

The Paradox of Constraints

Dell has recognized that managing by objective is important. Dell has used balanced scorecards to make sure that they are tracking the right things to effectively manage Dell. It has a clear understanding of the importance of tracking different strategies, customers, and the environment. Dell has taken advantage of the implementation of customer experience management to hire more salespeople with a technology focus. Dell has taken advantage of the implementation of the balanced scorecard by energized its workforce and aligned all of its “activity” modules under its four-box matrix for goals.

Dell’s success has been through the implementation of technology and its ability to manage, and implement technology in the right places. Dell has been proactive in dealing with the aspects of IT. Dell has always been able to spot market opportunities and has taken advantage of them.

Dell did not focus on technology just to implement it, it focused on technology when there were opportunities for it. These opportunities became Dell’s success. Dell also took advantage of various technologies in the creation of its organizational structure. This has allowed Dell to act quickly and independently.

Dell has constantly been proactive and reactive in the implementation of technology, and this has been consistent for over the last thirty years. This has helped Dell be relatively free of the influence of the industry’s tremendous changes that have occurred over the past decade. Dell has transformed itself from a computer seller to a customer solution provider. Dell has taken advantage of the implementation of technology, and it has been good at using the technology to its advantage. Dell has been extremely successful at eliminating internal inconsistencies and built itself a web-based business model. Dell’s intentions of focusing on customer service have forced it into the new world of technology, and because of that, Dell has been able to survive and thrive even in the midst of the worst economy ever recorded.

Dell has used its mobility and internet to reach customers in a new and better way. Dell has also used its mobility and internet to develop a better quality control and problem resolution system for its internal processes, and this improved its overall business process. Dell has focused on the customer, and through the implementation of technology, Dell can create an interactive system, and this has allowed Dell to enjoy the benefits that the internet has provided. Dell has also been good at using technology in production systems. Dell’s production system has allowed it to implement quality and customer service into the manufacturing processes.

Effect on the industry 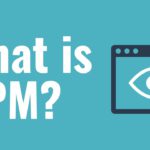 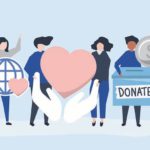 Table of Contents show
What is the CPM Matrix?
Why the CPM Matrix is Used
Four Types of Competitiveness
Advantages and Disadvantages
The CPM of Dell Computers