Data presented by Stock Apps indicates that the global interest in the keyword ‘iPhone 12’ has skyrocketed over the last 12 months. According to the data, by the week ending October 11, 2020, the searches attained peak popularity of 100.

Americans interest in ‘iPhone 12’ on Google among the least

The Stock Apps data also reviewed the countries leading the interest in iPhone 12. Nigeria occupies the top spot with a peak popularity score of 100. Ghana is second with a score of 96 followed by Singapore at 92.

The Stock Apps research explained some of the reasons behind low interest from Americans in the iPhone 12. According to the research report:

“From the data, the United States, one of Apple’s largest markets trails other regions in terms of iPhone 12 interest due to factors like existing local promotions. Like other Apple products, the company carried out promotions in the US gearing up people on what to expect once the new device is out. The promotions, therefore, equipped most Americans with some general knowledge about the device before the launch.”

The full story, statistics and information can be found here: https://stockapps.com/global-searches-for-iphone-12-peaks-with-nigeria-singapore-driving-interest/ 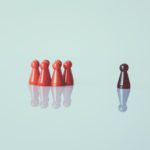