The year 2020 has witnessed a surge in the number of app downloads, with millions of people spending more time indoors and online amid the coronavirus lockdown. The increasing trend continued in the third quarter of the year, resulting in a new record number of downloads among Android users.

According to data gathered by SafeBettingSites.com, Google Play hit 28.3bn downloads in the third quarter of 2020, three times more than App Store.

In the first quarter of 2017, Google Play reached 16.7bn downloads, revealed Sensor Tower data. App Store reporter 6.5bn downloads in the same period, 2.5 times less than its leading competitor. During the next twelve months, these figures jumped to 17.4bn and 7.7bn.

The growing number of app downloads among the Android users continued in the following months, with Google Play reporting 20.1bn downloads in the fourth quarter of 2018. However, iPhone users downloaded 7.2bn apps between October and December 2018, a 5% drop in three months.

In the fourth quarter of 2019, the combined number of app downloads in both app stores hit 28.7bn, with Google Play accounting for almost 73% of that figure.

The year 2020 delivered a record number of downloads in both app stores, driven by a surge in mobile apps usage amid the coronavirus lockdown. In the first quarter of 2020, Android users downloaded 24.3bn apps from Google Play. By the end of the third quarter, this figure rose to 28.3bn, a 31% jump year-over-year.

App Store downloads peaked at 9.3bn in the first three months of the year. However, the number of downloads has been falling since then, reaching 8.2bn in the third quarter of 2020.

Besides leading in the number of downloads, Google Play also represents the app store with the biggest number of available apps. As of the second quarter of 2020, Android users could choose between 2.7 million apps, a 5.85% increase compared to the previous quarter.

Apple’s App Store was the second-largest app store with almost 1.82 million available apps for iOS, a 1.2% drop compared to the first quarter of 2020. Windows Store and Amazon Store follow, with 669,000 and 450,000 available apps, respectively.

Statistics show that gaming apps were the most popular app category in the Google Play store in the second quarter of 2020, accounting for 13.49% of available apps. Education apps ranked second with a 9.11% share. Business and tools apps followed, with 6.95% and 5.98% share, respectively. 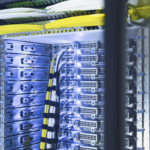 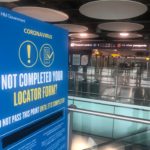