Companies and organizations are constantly hiring or replacing personnel, so announcing new appointments and changes in key staff positions to stakeholders (e.g., business partners, investors, employees, customers, or/and relevant media) seems to be a standard public relations task. Usually this task is accomplished with the help of a news release.

Why write a press release for welcoming a new board member?

This press release is not a standard kind of news release that informs journalists that a new board member joined the company – this is a release that sends a message to a company’s stakeholders (e.g., business partners, investors, employees, customers, or/and relevant media) about a new member’s audit committee role – usually an independent role (not linked to the company’s management) which is not always paired with the role of a corporate director. In fact, having a role in this kind of committee is an additional role, not a replacement of another role (e.g., executive director).

So besides these standards (e.g., description of the candidate, affiliation with the company etc.), what else should be added and why? Let’s see.

A good and acceptable press release should carry all related information (among other) to company’s legal and financial activities–e.g., the company’s annual report (or among other, independent assurance reports from the company’s auditor).

Why mention the new board member credentials?

The best way to describe the candidate’s credentials and roles is to highlight his/her accomplishments related to company’s legal and financial activities. The same is true for mentioning a candidate’s education background, as well as his/her past positions.

Mr. Smith served on several boards of directors and was chair of the audit committee on all of them.

Mr. Smith has a degree in accounting from Harvard University and he also obtained a certificate in fraud auditing from a well-known fraud auditing school (the name of the school is not mentioned in the press release).

Mr. Smith has extensive experience on different positions in the accounting department on large public companies that are well known in corporate finance and/or investment world.

If you are addressing only the most relevant stakeholders, you will waste your time. Press releases are sent to manufacturers for manufacturing process improvement purposes (among other purposes) and not for training purposes only.

So, your press release should contain explaining words, such as “how,” “what,” and “why,” and not just soft words.

Writing such a press release requires you to know a lot about the company’s business, and to have some clue of how large businesses operate in general, as well as their overall operations, the words their stakeholders use to describe them, and their management and/or board of directors, even as well as what kind of press release is already publically open on the Internet.

You should think how to package your press release (to get it distributed).

Good press releases (e.g., your own press release) should be mainly monitored by journalists, potential investors, and people that need the kind of information announced in the release.

Keep in mind that a press release is a specialized document that should be written by a specialist, who knows a lot about its target audience and media, as well as how to package it to be suitable for press leak distribution.

Your press release should become a history about the company that you can expand on in subsequent press releases, some of which you hope to be published by mainstream media.

Always keep in mind that press releases are in general read by journalists, and interested parties, who all have the ability to publish information about your company on the Internet.

In general, press releases are distributed to professionals who get them from a variety of sources and act upon them, including building upon them.

If you publish a press release on a website, it should be also distributed to the public through press leak distribution.

What is a press release?

A press release (also known as a media release) is a document issued by a company, a government agency, a nonprofit organization, an individual, or any other organization or entity (including individuals) with a certain amount of public relations/media savvy.

Press releases guarantee that information sent out through this process will be both comprehensive and consistent.

The goal of a press release is to generate interest in a product, service, event, or organization without making the item the main focus of the news. In essence, a press release is a quick but detailed story that tells the target audience about the press release’s subject (often referred as its “story”).

A press release’s purpose is to attract attention, generate publicity and sales leads, and to direct traffic to a web page that the release is referencing.

Press releases are written for different reasons, including being used in schools, as well as for personnel recruitment, to request funding, and many other reasons.

Press releases are generally addressed to trade and national media by people outside of the media, including distributors, suppliers, public relations agencies, and corporate and government communicators.

Press releases may also be addressed to more conventional media (e.g., newspapers, magazines, television, radio, and Internet), certain Internet forums and they may be distributed to a variety of potential audiences via free websites.

Press releases can also be distributed as news releases, nearly always in conjunction with newswires.

When news is deemed to be the news, editorial staff usually rewrites press releases.

The distributed releases are then picked up by journalists and reworked, depending on, among other things, how newsworthy the story is perceived to be.

Press releases are usually intended to get media coverage, but often they are used by email spammers or persons with malicious intent.

Both press releases and news releases are similar with releases being smaller, shorter, and faster.

Press release distribution can also be performed by using other distribution channels (including social networks e.g., Facebook, Twitter, and LinkdedIn, as well as video sites, blogs, chat rooms, and wikis).

Press release distribution (as well as other distribution channels) has the ability to target the people who are interested in their target market.

Press release distribution helps give a business credibility and improves its PR/branding and its search engine rankings. 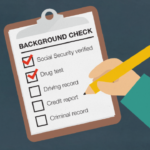 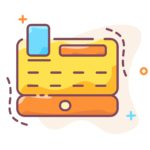