AI is ready right now to boost productivity and decision making. Use cases are multiplying, but strategy will determine the long-term winners.

Is Artificial Intelligence the future of business? In just a few short years, we have seen an extraordinary rise in AI platforms, and we’re probably not going to see it subside soon. According to Deloitte, 84% of firms have started using AI and 55% have already integrated it into processes and business decision-making. Although it is still at an early stage, we are already seeing customers paying for AI-based solutions.

Whether it is by running powerful analytics or by automating simple tasks, AI has come a long way in a very short time and has already been, and will continue to be, a crucial part of our everyday lives. In business, it is expected to bring in an additional $15.7 trillion to the economic growth by 2030, which is over eight times the GDP of China in 2017.

On the other hand, most businesses are still trying to figure out the opportunities it can bring and how to maximise it. It’s no wonder; it’s a whole new universe to which they are essentially just ‘visiting’.

AI adoption is still in its infancy, and an overwhelming portion of the business community still doesn’t know how to make sense of it or is even aware of what AI is, and does. Now that the hype in the industry has gone down a bit, there’s finally space for the truth about AI to make its way through business leaders. To help alleviate this, we’ve analysed what AI really is, how it can reach the strategic business level and what’s stopping companies from adopting it as soon as possible.

Table of Contents show
What is AI?
What’s the difference between AI and machine learning?
How does AI work?
How can AI be used strategically?
What are the challenges of AI in business?

AI is not a magic wand that gives businesses an instant competitive advantage. It is not a single technology either. Instead, it is a collection of technologies, techniques and algorithms that provide machines with an ‘intelligence’ that simulates human cognitive functions.

Imagine that a machine can do what a human can do: understand language, think creatively, make business decisions, communicate, learn and solve complex tasks on heir own. In some ways, it is. However, while the tasks it can perform are becoming more and more embedded in our daily lives, we are still a long way from the human-like intelligence machines already have.

What’s the difference between AI and machine learning?

Human intelligence and machine learning are closely related. However, it’s important to understand that while both contribute to the success of AI, they are still two very different things.

AI relies on Machine Learning (ML), which is capable of analysing vast amounts of information to make predictions based on historical data. However, AI is more than ML. Machines, using AI, can easily solve problems that would otherwise require knowledgeable humans to solve.

During the last five years, AI has been used for a variety of purposes. For example, early adopters used it to create virtual assistants that have become part of our daily lives. They optimised website shopping carts or provided customers with tailored service experiences.

Another example is chatbots. A simple way to quantify their popularity is that in 2017, 75% of global financial firms had at least one chatbot live on their website, and more than 90% companies in all sectors expected to start using chatbots in 2018.

AI applications and use cases are just getting started, and we can expect the demand for AI to be even higher in the next years.

How does AI work?

AI is made up of different elements that can be used together or separately. It enables machines to react to situations and take action, to learn from data, to ask questions, to draw conclusions, to plan, and to achieve a purpose. When it comes to business, AI enables machines to amplify human capabilities, allowing organisations to make use of the advantages of both humans and machines.

How can AI be used strategically?

AI can help businesses achieve a range of strategic goals, including finding a new market, saving costs, increasing revenue streams, or improving their image to investors, among others. Let’s explore some of these concepts in more detail.

Finding new markets: Leveraging AI, businesses can explore potential users or new markets. If machine learning can use historical data to explore external and internal data, it will be able to find patterns that nobody else had previously noticed.

For example, Google discovered that its algorithms for identifying cats were also able to identify dogs. So, to make money out of their AI investment (rightfully so), Google made a version of their app that could identify different dog breeds.

AI learning plays a key role in lower costs as it optimises digital operations, manufacturing processes, and marketing. In addition, employing chatbots can save costs.

Chatbots play a key role in businesses by increasing their efficiency and optimised tasks. A chatbot’s performance can be measured through user feedback and engagement. So, if it works for at least one task, it will probably work for another, too. Also, chatbots are very flexible, they can be applied in different contexts and also be used with different platforms.

Haier, a Chinese white goods manufacturer, reckons that it has realised a return on investment from 10% in the first year of deploying its AI and chatbot on its website. The company reported that logistics costs dropped by 50%, demand forecasting increased by 25%, and marketing spend increased by 25%.

Increasing revenue: AI is also a two-edged sword that can help increase revenue via improvements in customer retention. Personalised recommendations and optimised customer journeys can also lead to increased revenue. A great example of this is Amazon. It continuously optimises the recommendations it makes and the search results it shows. In addition, it uses AI to personalise the ads it shows to users.

Increasing revenue can also be done by using chatbots. Numerous companies are using chatbots to optimise sales and provide support. For example, it is estimated that 23% of customers abandon their shopping carts. That’s more than 40% (2016 estimate). AI chatbots can make a huge difference in these cases, thanks to their ability to provide customers with tailored recommendations or by listening to a customer’s voice and actually responding to them in a natural language.

These questions will guide business leaders to create a blueprint that will tell them what kind of AI to implement and what kind of structure to build around it.

Ultimately, AI marketing will be able to win attention like never before. Virtual assistants, AI-based chatbots, predictive analytics, and advert targeting will enforce the customers’ experiences. The best part of it is that customers will never be aware of it.

Misuse of data and privacy protection: AI is not inherently good or bad. What’ll determine the future of AI is how potential users will implement it, and whether it will improve or harm the economy. If AI will become centralised and controlled by restricted groups, it may contribute to massive unemployment. So, before implementing AI, it is essential to take into consideration the political and legal implications.

Before implementing AI, it is essential to take into consideration the political and legal implications. For example, in 2016, Facebook became the target of a campaign created by Microsoft employees. The group argued that Facebook’s facial recognition feature required users’ permission to be used. The group also wanted to regulate the use of facial recognition technology, especially when it comes to identifying people of colour.

In 2016, Microsoft employees argued that Facebook had to be regulated. Image: Beta News

Let’s consider Google as a second example. Back in 2012, Google introduced a new social network, Google+. However, the new social network stands in direct competition with Facebook, the world’s biggest social network. As a result, Google took Google+ features out of its search results, and made YouTube users share a name with their Google+ accounts in order to access their YouTube account.

Sunstein’s nudge theory can be revived in order to control how powerful AI can become. Its aim is to “nudge” people to make decisions that will benefit society as a whole. For example, when it comes to shared cars, people can be encouraged to take public transport rather than use private cars. The theory could also help encourage people to exercise more or even to reduce their caloric intake. That’s a good use of AI that can help businesses to reach their goals.

What are the challenges of AI in business?

Albeit AI’s value proposition, many businesses are hesitant to implement it. The reason behind this hesitation is the common concern that some jobs will be lost due to AI. For example, a recent report by PwC found that 35% of all jobs will disappear in just five years. A combination of advances in AI and robotics will lead to widespread unemployment.

According to a more recent study, 50% of all jobs were likely to be replaced by automation in ten years. A recent study by the University of Oxford found that 47% of all jobs are at risk of automation. That figure is higher than previous studies.

Challenges of AI in business: Organisational and technical challenges

Machine learning experiments and learning based on human feedback: Until AI is educated and trained, it is very hard to distinguish between good and bad results. AI can learn to mimic the behaviour of human. However, it is still in the early stages of education. To achieve a desired result, it might fail, only to try again. All of these processes are recorded in what is known as “the model’s training”.

For instance, let’s consider a company that wants to develop an AI-driven sales assistant, which is basically a chatbot. The company will need to come up with a sales assistant blueprint, i.e. a general sequence of steps that the assistant takes. One of these steps will be presenting the potential client with a product. How should the product be presented? Should it be presented to the client directly or first drop a few hints and see how the client reacts to them?

The company may then assign all of these sequences to an AI program. Then, it’ll see what works and what doesn’t. Once these “lessons” are learned, the company can start to match the program against humans.

Key challenges of the machine learning process are:

As its data is constantly changing and updating, the training and improving is an ongoing process.

Due to the large amounts of data being processed, the training process may take a lot of time.

While the technology grows, the cost of its management will also grow.

The model will continuously compete with humans, as shown in the example above. If either one of these fail, the company will need to tweak the model and start the process over.

Doing business when the likes of robots and computers are competing with human talent is more challenging than expected. However, many companies now contend that human-machine collaboration is better than working in isolation. So when AI marketing is used correctly, it can help businesses to better reach their goals. We just need to make sure that we train our machines to help us. 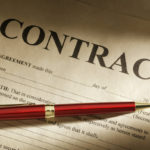 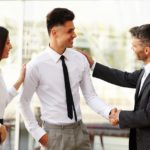 Table of Contents show
What is AI?
What’s the difference between AI and machine learning?
How does AI work?
How can AI be used strategically?
What are the challenges of AI in business?