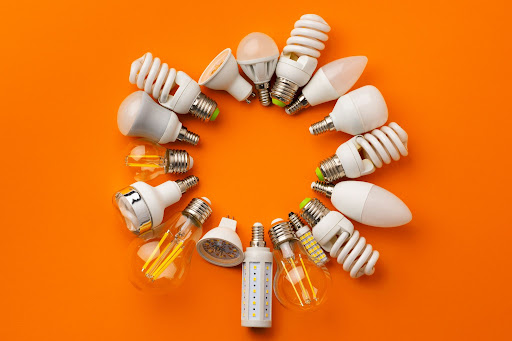 The humble lightbulb has evolved greatly over the years, especially in the last few decades. Modern bulbs can have varied roles beside providing light to your home – some of them can get rid of various bacteria, while others react dynamically to sounds. Despite the technical progress, some people still think that a traditional light bulb is the best choice. Let’s take a closer look at which of the currently available options are the best energy-saving bulbs.

What bulbs can you choose for home lighting?

Well, this somewhat depends on where you live (although you can buy bulbs almost from anywhere via the Internet). The whole range of available options can be rather overwhelming, so we’ll focus on the 3 most popular and readily available options:

Now that we know what we’ll be dealing with, let’s get to the point. How do LED light bulbs compare to traditional bulbs? We’ve prepared a handful of categories that’ll help you decide which light bulbs to pick for your home. So without further ado…

This is the most important thing for many, and practically the only limiting factor in the spread of LED bulbs in the past. Going by the price alone, LEDs fall behind, with CFL bulbs taking the second place and incandescent bulbs taking the lead. However, you must keep in mind that many countries around the globe (e.g., those associated in the European Union) have been phasing-out traditional incandescent lights, effectively banning their production altogether. So eventually, they’ll run out of stock (as will CFLs which are surprisingly hard to come by these days).

Moving on, low price is really the only thing an incandescent bulb has going for it – the filament would pop after at most 1 500 hours (typically earlier, especially if the light bulb stayed on for long periods of time). The CFLs got way better in this department – higher-quality ones can go on for about 8 000 to 10 000 hours. LED bulbs of decent quality can easily be usable for 25 000 hours (while the high-quality ones can easily double that score). So in the long run, buying LED bulbs would take at least the same amount of money or even be cheaper. For example, a typical incandescent bulb goes for about €1 and a CFL one is about €2 or €3. To get to the lifespan of LED light bulbs, you’d need at least 17 incandescents and 3 good quality CFLs. That sums up to €17, which would get you two quality LED bulbs, and at least €9, which would get you a high-quality dimmable and colour-changing LED bulb. Still not convinced? Visit https://lucasled.ie/led-bulbs-fitting-light and see for yourself what technical marvels a few euros/pounds can get you.

Another problem with incandescent bulbs is high heat generation. It not only makes them prone to popping unexpectedly, but also makes them really hot to the touch. Which could be a safety hazard around children. The CFL bulbs won’t get that hot, but due to utilizing mercury they are hazardous to people and the environment (and should be disposed of in a regulated way, not just dumped with other rubbish). On the other hand, LEDs neither generate much heat, nor use toxic materials. Moreover, they are environment-friendly, as about 95% of materials used for their production is recyclable.

And here we are, back to the title question. So can LEDs really save energy? You bet they can – they require far fewer watts for the same lumen output and are the most energy-efficient among the three. The modern models can transform up to 90% of intake electricity into pure light of varied colour temperature. Incandescents can barely get to 15% (at max, they rarely go over 10%) and are limited to warm white (excluding halogens), while CFL bulbs in general use less than 25% of energy effectively, but still consume about 75% less power than regular bulbs.

We mentioned Lumens, which not everyone is familiar with yet. In short, they are units of measurement that refer to brightness. So the more Lumens the light source has, the brighter it is. They were a necessary addition, as wattage no longer directly correlates to how bright a bulb can be. For example, a 6W LED bulb can be as bright as a 60W traditional bulb.

Are LED bulbs really worth buying?

Well, by now the answer should be rather obvious – yes, they definitely are. Although not the cheapest to buy, they can save money both in replacing costs and electrical bills. So if you’re looking for a new bulb for your bedside lamp or want to get new bulbs for all of your lighting fixtures, LEDs are by far the best option. At least for now and at least a few years to come. 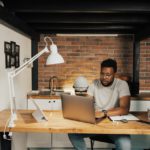 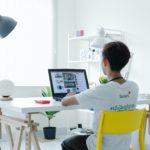