NordVPN researchers have analyzed the downloads of pregnancy trackers to see if the times of uncertainty might bring about a baby boom.

Assuming that the growing number of pregnancy tracker users can help to predict fertility rates, Britain might be expecting 6% more babies in 2021 compared to the same period this year.

The Brits showed enthusiasm in the early months of the pandemic, namely, in April and May, when the interest in pregnancy trackers was 11% higher than the year before at the same time.

However, after the rising trend of tracking pregnancies, the numbers dropped by 22% in September. The loss of interest in having a baby coincides with the growing number of coronavirus cases in the country.

“Being pregnant and having a baby is one big unknown. Plus, the financial stress that comes alongside parenthood could also be a deterrent,” Dr Lucy Atcheson, counselling psychologist in London, said to red.co.uk back in April.

Table of Contents show
Is it just Britain?
With the rapid spread of the virus, the interest in getting pregnant is on the decline
Why choose one app over the other?
ABOUT NORDVPN

Is it just Britain?

It turns out that the “compulsory” intimacy could prove fruitful as early as late December this year and onwards, as the average number of installed apps worldwide grew by 13% compared to 2019.

March saw a record spike in the demand for pregnancy trackers, with the number of installed apps surging by 32%. August saw another wave, with a 15% increase. “Obviously, people got accustomed to the pandemic and felt confident enough to start a bigger family,” Ruby Gonzalez.

With the rapid spread of the virus, the interest in getting pregnant is on the decline

The interest in getting pregnant is not equally great around the world. “Countries that recovered quickly after the first wave were more interested in pregnancy trackers in September,” explains Ruby Gonzalez.

Why choose one app over the other?

Pregnancy tracking apps are usually free, but, ironically, this comes at a cost: in order to earn money, such apps share users’ information with third parties for advertising purposes. Some, however, provide their user data to researchers, who use it to study complex health conditions.

“Women are advised to be very careful when setting app privacy controls. It’s recommended to deny the app access to contacts, photos, and location. Women should carefully check whom the app is sharing their data with. And, last but not least, use strong passwords and do not take and post pictures of yourself and your unborn child,”  says Daniel Markuson, a digital privacy expert at NordVPN.

NordVPN is the world’s most advanced VPN service provider that is more security-oriented than most VPN services. It offers double VPN encryption, malware blocking, and Onion Over VPN. The product is very user-friendly, offers one of the best prices on the market, has over 5,000 servers worldwide, and is P2P-friendly. One of the key features of NordVPN is the zero-log policy. For more information: nordvpn.com. 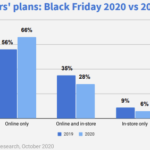 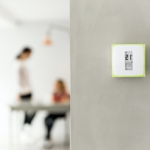 Table of Contents show
Is it just Britain?
With the rapid spread of the virus, the interest in getting pregnant is on the decline
Why choose one app over the other?
ABOUT NORDVPN