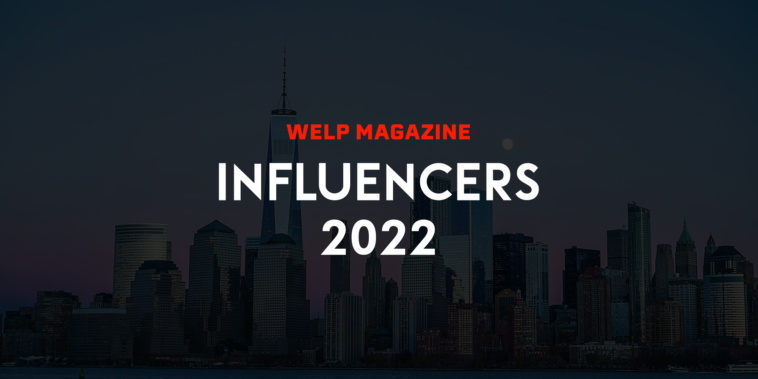 Founder/CEO play a crucial role in any startup. It takes an extraordinary person to fulfil the Founder/CEO role. We have selected these Founder/CEO’s for this list as they are inspiring for a variety of reasons – whether that’s pushing boundaries, creating groundbreaking products, or doing their bit to save the world.

Our analysts did their best to select be best, and most innovative Founder/CEO’s. The list is in no particular order!

Read more about Poloniex on Crunchbase…

Spoiler title
Murat Mutlu, a designer based in London. I’m the co-founder of Marvel, a free prototyping tool for creative brains. I love coming up with new ideas and experimenting with tech.Some of my favourite things are hacks and pointless apps and sites. Prior to starting Marvel I was a freelancer at various startups and agencies around London. Learn more about Murat Mutlu on Crunchbase…

Marvel puts the power of design in everyone’s hands. Read more about Marvel on Crunchbase…

Radio.co is an all-in-one platform that lets one run radio station. Read more about Radio.co on Crunchbase…

Spoiler title
Dr Adetunji Adegbesan is the Founder & CEO of Gidi Mobile, creators of gidimo, Africa’s leading curriculum mastery & learning-as-a-service platform. Tunji has a First Class Honours degree in Electronic Engineering, and a PhD in Strategic Management from the IESE Business School. He is globally respected as one of Africa’s top scholars of competitive strategy, as well as one of her leading experts on the mobile telecommunications industry. A recipient of multiple awards, he has been invited to speak at knowledge events in more than 20 countries across four continents. Immediately prior to founding Gidi Mobile, he was Director of the Centre for Competitiveness & Strategy at the Lagos Business School (LBS), where he led sessions on Competitive Strategy, as well as on issues arising out of the intersection of Strategy, Technology, and Innovation. During his 14 years at LBS, his consulting experience spanned the software, telecommunications, banking, oil and gas, publishing, logistics, identity management and electronic payments sectors; while prior to LBS, his work experience spanned software development, consulting, information systems management, and electrical engineering, in both manufacturing and service sectors. Tunji is a member of the Editorial Review Board of the Academy of Management Review, the world’s leading conceptual journal in the field of strategic management. He is also a member of the Editorial Advisory Board of Businessday Newspapers (West Africa’s premier business periodical), and a peer reviewer for several of the world’s top strategy research journals. He is a past member of the Executive Committee of the Strategy Division of the global Academy of Management, as well as a past Global Representative for Africa of the Division. He has also been a Representative-at-Large for the Competitive Strategy Interest Group of the Strategic Management Society, and a member of the Research and Strategic Planning Committee of the Chartered Institute of Bankers of Nigeria. He is a past Visiting Scholar & Associate Researcher at the Center for Globalisation and Strategy at the IESE Business School in Barcelona. An amateur historian, philosopher, and student of culture and geo-political affairs, Tunji has native fluency in English and Spanish, and basic literacy in French, Yoruba and Catalan. Learn more about Adetunji Adegbesan on Crunchbase…

Spoiler title
Iris is a founding director at Solely Original, an online bespoke women’s footwear brand. As a fashion conscious city professional, she decided to leave behind her career as a tax consultant to pursue a solution for women like her, who had trouble finding fashionable shoes that are comfortable to walk in. Learn more about Iris Anson on Crunchbase…

Solely Original is a shoe brand allowing clients to design their own shoes, have custom made to fit the specifications of the feet. Read more about Solely Original on Crunchbase…

Read more about Rubbersole on Crunchbase…

Spoiler title
Sasha is founding chief executive officer of ISD, responsible for the strategic development of the Institute’s programs as well as heading up research and policy work in our various program areas. Learn more about Sasha Havlicek on Crunchbase…

Read more about Institute for Strategic Dialogue on Crunchbase…

Private membership mobile hub for businesses to efficiently manage, engage and monetise their existing most valuable asset – their clients! Read more about Ugenie on Crunchbase…

Read more about Swiffix on Crunchbase…

Nebuli is an augmented intelligence studio that applies people-first approach to research and innovation. Read more about Nebuli on Crunchbase…

BETALD is the worlds fastest invoice factoring platform. We can finance invoices in seconds and we do it safe too with our AI. Read more about BETALD on Crunchbase…

We partner with ambitious entrepreneurs, startups and corporates in all industries to conceptualise, design and build digital products. Read more about Rebel Minds on Crunchbase…

EnrichMyCare is a one-stop personal health platform for children and young people with disabilities. Read more about EnrichMyCare on Crunchbase…

Zenitech is the digital transformation specialist. Read more about Zenitech on Crunchbase…

Zenitech is the digital transformation specialist. Read more about Zenitech on Crunchbase…

Read more about Carol on Crunchbase…

Read more about Carol on Crunchbase…

PinEventz offers a platform for Event organisers not to just promote or sell tickets but to continue the conversation where its stop. Read more about PinEventz on Crunchbase…

Spoiler title
Laurent graduated from the Lausanne Business School in 2005 and the University of St.Gallen (Asia Executive Certificate of Advanced Studies) in 2016. He started his career in the marketing & communication department of the “State of Vaud Economic Development” in Lausanne Switzerland. Starting 2008, he spent 7 years working for Lotaris SA as business development manager in Tokyo and Singapore. Leveraging his international experience, Laurent decided to build up his career and to live in Asia. Laurent is on the advisory board of Astrocast SA in Switzerland. He speaks French, German, English, Japanese, and is currently studying Korean. On the private side he has passion scuba diving and for car racing where he previously competed in the European Formula Renault championship. Learn more about Laurent Stieger on Crunchbase…

Read more about S-Partners on Crunchbase…

Read more about Includeon on Crunchbase…

Founder/CEO @ We Are The Future

Read more about Shift on Crunchbase…

Founder/CEO @ My Diabetes My Way

Spoiler title
Dr. Deborah Wake (DW) (CEO/Co-Founder MyWay Digital Health, Senior Clinical Lecturer (University of Dundee), NHS Diabetes Consultant, (MBChB, BSc, Ph.D., Clin Ed Dip)) has a unique mix of business, clinical, educational and academic skills. She has a national clinical/ academic reputation for technology, informatics and automated support for diabetes care. She is a national clinical lead for internationally award-winning and cost-saving MyDiabetesMyWay offering online data access and education to all patients in Scotland with diabetes (>30,000 registrants). In 2017, she co-founded the MyWay Digital Health company to commercialize MyDiabetesMyWay outwith Scotland. She has won several business/entrepreneurship awards including; Scottish EDGE, Bio Dundee, Venture and was a top 3 finalist in AccelerateHER, and Women Ahead. Dr. Wake graduated MBChB (Hons) from the University of Edinburgh and subsequently gained a Ph.D. and Diploma in Medical Education. She is passionate about technology and education delivery. She has been a Principle Investigator for multiple research projects (>£2million funding, >40 publications)). 2010-2017, she was program director/ clinical lead for Kuwait Scotland e-Health Innovation Network, delivering formal postgraduate education to over 300 Kuwait diabetes health care professions. Dr. Wake has also developed and delivered a number of free Diabetes MOOCs (massive online courses) educating over 20,000 participants to date, and online structured education for patients. Dr. Wake was a Diabetes UK clinical champion (2015-17) and has an active role in public health communication. She contributes regularly to the radio, was a resident on-screen doctor for STVs flagship show ‘The Hour’ and Health Columnist for The Scotsman newspaper for many years. She developed the first medical podcast series in the UK (Dr. Pods Healthcast) in 2005. Her focus now is on driving MyWay Digital Health company to international success, transforming diabetes care. Learn more about Deborah Wake on Crunchbase… 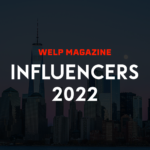