Data acquired by Finbold indicates that social media platform Reddit mobile installs grew by 43.47% between December 2020 and January 2021 from 4.6 million to 6.6 million. On a year-over-year basis, the installs have skyrocketed by 127.58%.

Finbold’s data also highlights that global interest in the phrase ‘Reddit app’ has surged on the Google search platform. As of February 2021, the phrase had attained the peak popularity score of 100. In December last year, the phrase had a score of 71.

Based on regional interest, as of February 7, 2021, Canada ranked top with a popularity score of 100, followed by Singapore at 88, while the United States is third at 82.

New Zealand registered a score of 69, while Ireland ranks fifth with 67, the same score as Australia. Norway has a popularity score of 52, followed by the Philippines at 48. The United Kingdom is ninth with a score of 44, while Puerto Rico is tenth at 38.

The report analyzes some of the motivations behind the riding interest in the Reddit app. According to the research report:

“Potential traders who missed on the GameStop rally looked forward to the next stock as recommendation content was being posted in the subreddit. The subreddit was also responsible for the surge in AMC and Blackberry stocks. Some of Wall Street’s key players feared that the WallStreetBets craze might have long-lasting effects on the market. There were concerns that the buying frenzy could potentially destabilize the entire market and hurt overall confidence.”

The pace of Reddit’s continued growth may depend on how many new users it can retain after the WallStreetBets mania cools down around the platform’s role in the stock market disruption. 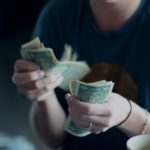