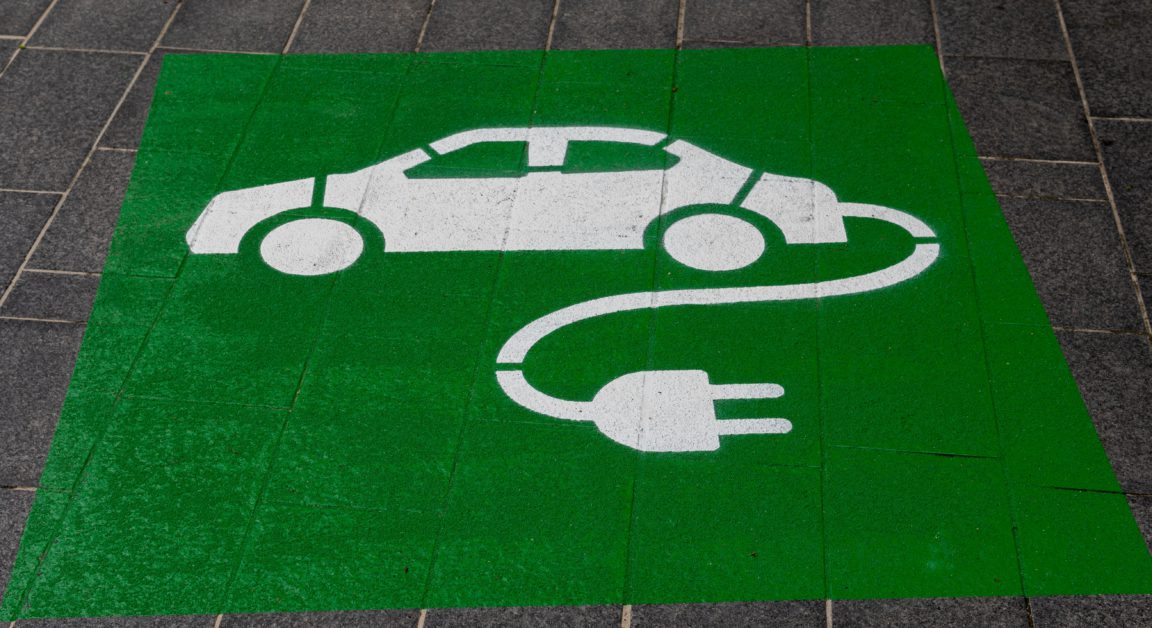 In a bid to slash the UK’s carbon emissions, Boris Johnson has unveiled a £12 billion 10-point plan, which involves the banning of petrol and diesel car sales by 2030.

Raising concerns on whether the UK is ready for the rapid switch, experts around the country are questioning whether manufacturers will be able to supply enough vehicles to meet the demand, and whether there will be enough readily available charging points around the UK.

Our recent study on electric vehicle charging points around the UK, revealed that there’s still a lot of work to be done ahead of 2030, with a number of cities, including  Stoke-on-Trent, Hull, and Chester, currently having less than 50 public charging points in total.

With so much uncertainty surrounding electric vehicles, from the Government’s plan, to maintenance, safety, cost, and repairs, we took to Google to find out exactly what Brits want to know.

Analysing Google search data, we explored the most asked questions on electric vehicles in the last 12 months and teamed with Uswitch car insurance expert, Florence Codjoe, to answer them.

“How long does it take to charge an electric car?”

This question has received 43,200 Google searches, with 16,210 being made since August, when EV sales reportedly increased by 78%. So, how long does it take to charge an electric car?

Unfortunately, there’s no definitive answer to this question, as the time it takes to charge will depend on the size of your car’s battery and the speed of the charger.

Electric cars are available in a variety of battery sizes. In terms of charging: the bigger the battery, the longer it will take to fully charge your car. The current Nissan LEAF has a 40kWh battery, whereas the Jaguar I-Pace has a larger 90kWh battery, meaning the I-Pace will take longer to charge to its full capacity.

There are currently three types of electric charging methods:

“How much does it cost to charge an electric car?”

Over 52,800 Brits have been asking this specific question, whilst another 315,670 similar searches were made on the subject overall.

Again, the answer to this depends on the car and the size of its battery. A car with a larger battery will cost more to charge, as it takes longer.

To work out the cost to charge an electric car at home, you need to know how much electricity costs in pence per kilowatt hour (kWh).

The equation to work out how much it will cost to charge the battery from empty to full is: Size of battery (kWh) x Electricity cost of your supplier (pence per kilowatt hour).

Consumer organisation Which estimates the average driver will use between £450 and £750 a year of additional electricity charging an electric car.

If you’re out and about, public charge points at supermarkets or car parks are often free to use, whilst rapid charging points are normally found at motorway service stations and typically cost around £6.00 for a 30-minute, 100 mile charge.

“Can I get a Government grant for an electric car?”

As the Prime Minister recently announced an increase of investment in grants to help buy cars and charge point infrastructure, we wanted to know how many people are already asking the question.

It turns out Brits are ahead of the game, as the topic produced over 97,507 unique searches this year, with phrases like ‘electric car grant’ doubling since July.

So, what could you be eligible for?

Currently, you can get a discount on the price of brand new low-emission vehicles through a grant the government gives to vehicle dealerships and manufacturers.

You do not need to do anything if you want to buy one of these vehicles – the dealer will include the value of the grant in the vehicle’s price.

The maximum grant available for cars is £3,000, however not all low-emission vehicles will get a grant, only vehicles that have been approved by the government are eligible.

You also can get up to £350 (including VAT) off the cost of installing a charger at home through the Electric Vehicle Homecharge Scheme, which you can apply for online.

“Where can I find an EV charge point?”

Our recent study revealed the number of public EV charging points in UK cities, and it seems like we’re not the only ones with an interest in this topic.

With an average 8,100 monthly searches, and a 13% increase in the last three months, Google data suggests many people are unsure of where to find a public EV charge point.

The term ‘EV charging points near me” has received 17,200 searches since August, an increase of 116%since June.

Whilst charge points are becoming increasingly common, and the Government plans to install thousands more across the UK, they can still be hard to find if you are out on the road.

Thankfully, most new electric cars come equipped with a sat nav that plots the nearest electric car charging stations. There’s also an app called Zap Map which plots them out for you.

To use a public charging point, in most cases you will need to have a swipe card or mobile phone app from the provider of the charge point to use it.

Green energy firm, Ecotricity, provides the rapid charging points found on motorways, which cost £6.00 for 30 minutes. However, if you use them as your electricity provider, you’re eligible for 52 free charges a year. Tesla also has its own network of “supercharging points” around the country, costing 24p per kWh.

“Which electric car is the best?”

Whilst everyone has different requirements, the range of electric vehicles on the market is rapidly growing.

If you’re looking for a family car, Car Magazine rank the Volkswagen ID.3 as one of the best vehicles in 2020, whilst the Honda E and the BMW i3 are amongst the most popular small cars.

When it comes to luxury models, the Porche Taycan, which costs from £83,387 is leading the way, alongside the top of the range Tesla Model S.

“What is the cheapest electric car?”

After looking at the most popular new models, it seems a Smart car is the cheapest option. The car brand now only sells electric cars and the EQ Fortwo is the smallest and cheapest of them. It is said to offer around 80 miles of range but is flexible in terms of charging. A new model costs from £16,850.

On the other hand, the cheapest Tesla will cost you more than double the price. Tesla Model 3, with the Standard Range Plus rear-wheel drive, costs £38,900, after the Government’s £3,500 plug-in car grant.

“How far can an electric car go?”

Nobody wants to run out of fuel when they’re driving, and the same applies to the battery on electric cars. Over 36,460 searches were made for the question “How far can an electric car go?” this year, with many drivers still unsure about the reliability of electric models.

As you might expect, this depends on which car you choose. The rule of thumb is the more you spend, the further you’ll go.

The range you get depends on how you drive your car. If you drive fast, you’ll get far fewer kilometres than listed below. Careful drivers should be able to squeeze even more kilometres out of their vehicles.

“Which electric car has the longest range?”

On the back of this, there have been 77,710 searches on which electric vehicles can travel the furthest before needing to be recharged. The volume for the term ‘electric cars with the longest range’ has tripled since April, showing a surge of interest in recent months.

These are some approximate ranges for different electric cars, the Tesla Model 3 LR having the longest range of 310 miles:

With so much jargon to bust when it comes to electric vehicles, it’s no wonder simple searches like “What is a hybrid car?” are receiving thousands of Google searches. This specific term was popped into Google 177,600 times in the last 12 months, increasing by 60% since May, with a growing number Brits questioning what the word ‘hybrid’ actually means.

The most common type of hybrid vehicle, full hybrids, hold small amounts of electric charge which can be used to provide extra power, which is employed in conjunction with a combustion engine, therefore improving its fuel economy.

“What is a plug-in hybrid?”

There have also been 19,200 searches for the more specific question, “What is a plug-in hybrid?”

A plug-in hybrid electric vehicle, also known as a PHEV is a hybrid which, as the name suggests, can be plugged in to charge its electric battery.

This vehicle is a step closer to an electric vehicle, as it has a bigger battery than a full hybrid and can be charged from an external power source.  However, once the charge has run out, the regular combustion engine can be used to drive just like in a full hybrid.

As part of the Government’s 10-point plan to cut carbon emissions, hybrids and plug-in hybrids are set to be banned in 2035 – five years after traditional petrol and diesel vehicles.

Will an electric car increase my insurance?

Alongside the cost of electricity, thousands of drivers across the UK are concerned about how electric vehicles will impact the cost of car insurance, with over 80,120 Google searches on the subject, and 13,480 in October alone.

Questions like “How much does it cost to insure a Tesla?” and “why is car insurance expensive for EVs?” were amongst some of the other most popular questions, receiving over 2,000 searches in the last month.

Car insurance expert, Florence Codjoe, said: “With so much uncertainty around the cost of electric vehicles, it’s no wonder that motorists are concerned about their car insurance premiums rising. Some electric vehicles are more expensive to insure due to the cars’ higher purchase price, the need for specialist equipment and repairs, and a lack of data on driver behaviour.

However, as more drivers make the switch to electric, it is predicted that the insurance market will undergo a degree of correction, and as a result, premiums will fall.” 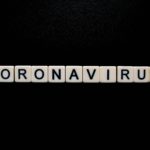