Sporting activities are some of the world’s popular activities that boast of a huge following. Sports fans are in the tune of millions all over the world. Sporting is addictive, and as such, you may feel the urge to fully belong to your favorite team. At the same time, everyone loves to make an extra coin from their favorite sport. If you are a gambler, you will most likely always watch out for sports and odds to make a killing.

Owning a team may seem and sound like such an expensive affair that is reserved to the who and who’s of the society who have a big financial muscle. However, this is untrue since you do not have to be extremely rich to own some part of a minor league team. Most of the minor league teams are college teams that consist of college players.

The leagues also do not take a lot of time as they are organized to run for a short period. With an investment of $100,000 to $250,000, you can be among the able partners who own a team. For instance, if you were to own a part of a minor league team that is worth $250,000 and has two equal partners, then you would have to commit less than $100,000, which is quite a reasonable amount to become an owner of a team. This is unlike the high-end sports teams like legendary baseball teams that can cost upwards of $25 million.

The more a sporting team is famous, the more amount you need to be an owner of the team. Teams in less popular sports like volleyball will be less expensive compared to famous sports like football and baseball. Most revenue that a team generates is mainly in the form of corporate sponsorship or ticket sales. Therefore, you should consider if the costs of running the team, like paying salaries and stadium fees, will be lower than the ticket sale and sponsor funds.

A publicly traded team is a team that offers its stocks to potential investors. As much as this may look like a lucrative form of sports investing, the investment has not been a profitable as expected. The history of owning shares in a publicly-traded team has not been that good, with the returns being very small. The most common publicly-traded teams that offered stocks to potential investors include Florida Panthers, Boston Celtics, and Cleveland Indians.

The unfortunate news is that all these teams are now privately owned as they failed to offer the best returns to their investors while they were public. Most of the shares of publicly-traded teams are not placed on any exchange, which implies that investors do not get any dividends from them. The investors, however, sit in annual general meetings giving them the feeling that they still own the team.

Investing in Retail and Apparel Stocks

Investing in retail and apparel stocks is a lucrative form of sports investment. Sporting goods stores are filled to the broom, often with numerous customers shopping for their favorite sporting merchandise. Apparel companies, on the other hand, are no different. Most of their merchandise is largely won by many people. While this is a good indication of a positive return on investment, a lot of research should be done on owning these shops and apparel stores. The products in a sports shop, for instance, enjoy successful periods of growth, then sales begin dwindling. On the other hand, Apparel stores are mostly preferred as they guarantee better dividends and a positive return on investment.

Investing in collectibles in the sporting world is a lucrative form of sports investment. Collectibles range from balls, whistles, team uniforms, or even old stadium seats of all forms of sports. The market size of sports collectibles is not definite, but it certainly runs in billions of dollars. The sports collectibles market also requires a little research to determine the dealer’s reputation, i.e., the buyer or seller. The art of collecting requires some passion, as some collectibles are valuable and others are not. The highest amount for sporting collectible was Mark McGwire’s home run ball which sold for a whopping $3 million.

With the following information, you can now choose the best sporting investment for you 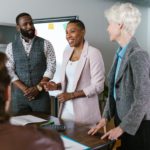