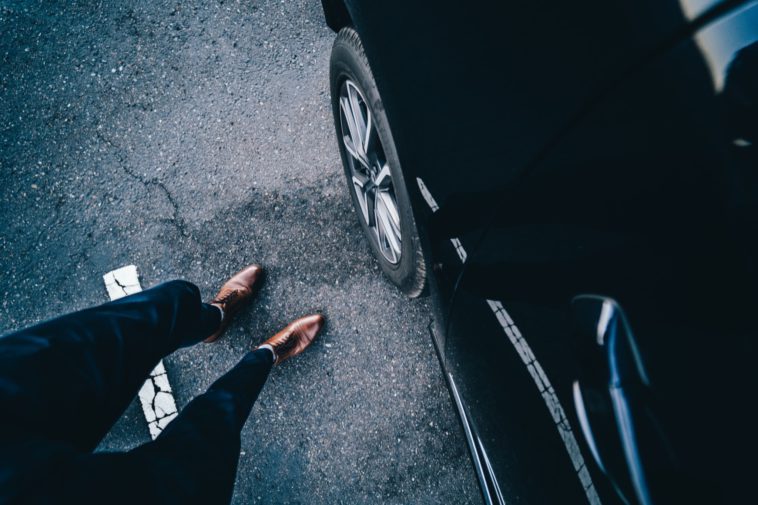 In the world of business, perception is often reality. People will always notice the kind of clothes you wear and how you take care of yourself before they consider what you have to say. And playing a huge part of this ensemble of props is also the car you drive. In many ways, it is even more important than your apparel because people will form opinions about you long before you step out.

Think about it. If you see a man in a sharply pressed suit and tie conduct business and then get into a tricked-out Nissan Skyline or a quaint little VW Beetle, your opinions are bound to change. And so, if you are in a position of power and are considering what kind of car to get, then you are at the right place. Before you go for your dream wheels, consider visiting Carplus, to take a look at your financial options!

The C Class has sold over ten million units worldwide. Every year, the manufacturer improves the C-class model to stay up with the world’s best cars, which is why business executives clamor for it. The C class is also reasonably priced, with the entry-level model costing as little as $46,425 for 2021.

Although the new enhanced 2021 model looks identical to its siblings in the E and S class series, it has new distinguishing features. The single dot light design in the front headlights distinguishes the C-class from its siblings. The E-class features a two-dot design, but the S-class has three dots.

With ambled lighting around the smart-looking door design, the dashboard, and the floor, the C-class interior looks amazing. The seat has a full backrest massaging function as well as seat heating, which are both controlled via the tablet-like 9.4-inch standard center touch screen. Other apps can be downloaded to the sophisticated center screen, making communicating on the road easier. It’s worth noting that the Mercedes voice assistant may communicate with other smart devices, such as your home security system.

You know what to expect from a BMW 3 Series. It has a lot in common with the BMW 5 series. The car’s bodywork gives it a robust, muscular appearance. The somewhat varying impacts and shapes of the grill remain a fundamental differentiator between all BMW models.

The BMW 3 Series is a car that commands respect and is in a class by itself. From the solid but comfortable interior body to the traditional-looking dashboard, this is a car designed for top executives. The car comes equipped with a personal driving assistant that can be accessed by saying, “Hey BMW.” It also boasts power-adjustable front seats with memory functions, as well as a suit holder above the backseat.

The Jaguar XF 2021 model, which has a top speed of 155 miles per hour and a starting price of $45,15, has a more aggressive yet stylish appearance than its younger breed XE. The car’s front end appearance is highly striking, with a diamond pattern grille design on the side vents and all-new smaller quad-pixel LED technology headlamps.

The lift pattern on the truck, a shark fin design on the roof, and the enigmatic hidden tail pipes underneath the car give the Sedan an even sportier body look. The interior is extremely large and accommodating. It has heated and ventilated seats, which can be turned on or off using the 11.4-inch touch screen display above the center console. The touch screen also has a 360-degree camera and a 3D option that provides an unrestricted picture of the vehicle’s exterior.

The hardwood leather interior, with brilliant colors and a two-tone pattern steering wheel, add to the car’s elegant appearance. You may be family-oriented when choosing a car and still stand out among your peers with the 2021 Jaguar XF.

The Tesla Model S is one of four Tesla S.3.X.Y car models, which include the Tesla Model S, Tesla Model 3, Tesla Model X, and Tesla Model Y. Tesla automobiles have a stunning appearance and do not require fuel to run. Tesla has the edge over other electric cars in that you can charge the car at home or at any Tesla charging station around the world.

This sporty car is extraordinarily fast and, thanks to its Autopilot mode, can drive itself. It also has a 17-inch touch screen in the center of the dashboard that handles almost all of the car’s functions, with the exception of steering wheel adjustments. The Tesla Model S also features options for camping and dog temperature changes, so if you enjoy camping or own a dog, this is a terrific vehicle to consider.

Because it was created by Italians, you can expect the Guilia to have an Italian flavor. It will capture the attention of everybody who sees it because it is beautifully constructed, portable, and quick.

The Alfa Romeo Giulia’s interior is just as stunning as its looks. To the portable-looking dashboard and an 8.8-inch screen seamlessly placed on the dashboard, the front seats and steering wheel may be adjusted to suit the driver. The backseat may not comfortably accommodate three adults, but the automobile is built to give it a sporty appearance.

The Audi A4 or Mercedes C-class rank higher in terms of quality, but the Alfa Romeo Giulia retains its position as a luxury sports car designed for professionals who enjoy driving and having fun on the road, with a sleek-looking frontier, powerful engines, sharp steering, and a suspension that absorbs bumps well.

Your ride is just as much an extension of you as the suit you wear to an important meeting, so it is important to ace your driving test using Zutobi to drive one of the listed cars. Your car should reflect you and become your brand image. When people see your car roll by, they should know it’s you, and they should know what to expect. You stand the best chance of achieving that with the cars listed here.